Marina Raskova and the ‘Night Witches’

Marina Raskova was already a pretty big deal. Not only was she the first female navigator of the Soviet Air Force, she held many long-distance flight records. For her feats, she was known as the ‘Soviet Amelia Earhart’. Read more about Earhart in Sophie’s blog!

During the Second World War, Raskova was sent letters from inspired, bereaved and brave women from all over the Soviet Union wanting to join the war effort. Many had lost loved ones in the fight, some had seen their homes bombed and destroyed. Up until now, women had only been allowed to participate in support roles, but these women were ready to fight. Emboldened, Raskova petitioned Soviet dictator Joseph Stalin to let her form an all-female fighting squadron. On October 8, 1941, Raskova received orders to train and deploy three all-female air force units.

Train for 4x the work in a quarter of the time? Sounds about right

After putting the word out, Raskova received more than 2,000 applicants. 400 women were selected for each of the three units, mostly students aged 17-26. They began training at the Engels School of Aviation, but they were expected to learn in a few short months what it took most (male) soldiers years to train for. They had to be ready to perform any of the four key roles: pilots, navigators, maintenance and ground crew. Male units usually only had to be precision trained in one role. The all-female air force units would not only fly missions and drop bombs, they would also be returning fire if needed - making the Soviet Union the first nation to officially allow women to engage in combat.

As well as reduced training time, they also had to use limited resources without the luxury of modern technology. They were given oversized, hand-me-down uniforms and large boots. Some tore up their bedding and stuffed it into their boots to try and make them fit. Instead of modern planes, the military provided them with outdated Polikarpov Po-2 biplanes, 1920s crop-dusters that had been used as training vehicles, as there was no harm done if one was destroyed by a recruit. Their planes were made from plywood with only a canvas for cover, giving no protection from the harsh elements. They endured freezing temperatures, wind and frostbite, and in the long winters the planes became so cold that just touching them could rip off your bare skin. Poking your head out to look at your position could cripple you, even before you met the enemy!

The size of the planes and their limited weight capacity also meant the units had to go without the ‘luxury’ items their male counterparts were fitted out with. Instead of radar, guns and radios to communicate and navigate with, Raskova’s female units were given rulers, stopwatches, torches, pencils, maps and compasses. They weren’t even given parachutes, as they were too heavy for the planes to transport. If their planes were shot down - that was it.

Not only were they forced to train in record time and use outdated and potentially dangerous equipment (or lack thereof), but the all-female units also faced blatant sexism from male military members who were not convinced they could perform the role, or just didn’t want 'little girlies' there ‘doing a man’s thing’.

The wooden planes could only hold two bombs each, one under each wing. Raskova’s units went up against the German front lines, sending 40 two-person crews with one pilot and one navigator into action every night. Crews would drop their bombs and fly back to re-arm, making between 8-18 runs per night. They were forced to fly at lower altitudes due to the weight of the bombs, which is why every mission had to be at night, to make them less of a target for anti-aircraft defences.

This fearless all-female unit attacked in packs. The first planes - which rarely had any ammunition to defend themselves - would act as bait. They would attract the German spotlights and release flares to light up the targets. The last plane in the pack would be responsible for the actual bombing. However, because the planes were noisy and needed to get as close to the target as possible (remember, no radar!) they would cut the engines and glide to low altitudes over the bombing area. Not ready to head to safety yet, the packs would repeat their tactics, swapping roles until all of them had unloaded their bombs. Upon returning home, the unit would find bullet holes in their planes, the canvas, even through their maps and helmets.

The German forces reported that the only sound they heard before the bombs was the swoosh of the silent planes, which sounded like a witch's broom. This earned Raskova’s all-female unit the title of “Nachthexen” or, the Night Witches. The German’s were so afraid of the Night Witches, that whoever shot one down was awarded the prestigious Iron Cross medal.

Because women couldn’t possibly be this successful by their own merit, common theories from the German front lines were that the Night Witches were made up of serious criminals forced to fight, or they were fueled by drugs, heightening their senses and giving them night vision. It was never considered that these women were naturally badass - it had to be evil, drugs or magic.

One of the pilots, Nadya Popova, responded to their theories by saying, “This was nonsense, of course. What we did have were clever, educated, very talented girls.”

In true historically sexist fashion, the Night Witches were disbanded six months after the war. They weren’t permitted to fly in the victory parade, as their planes were too slow. The planes which were made of wood, were never intended for combat, and contributed to the most highly decorated unit in the Soviet Airforce.

The Night Witches followed 12 commandments set out by Marina Raskova. The first was “be proud you are a woman.”

By day, these heroic aviators did needlework, decorated their planes with flowers and used the pencils they were given for navigation as eyeliner. By night, they struck terror into the hearts of the enemy, turned limited equipment into successful military tactics and became the definition of ‘do it like a girl’. 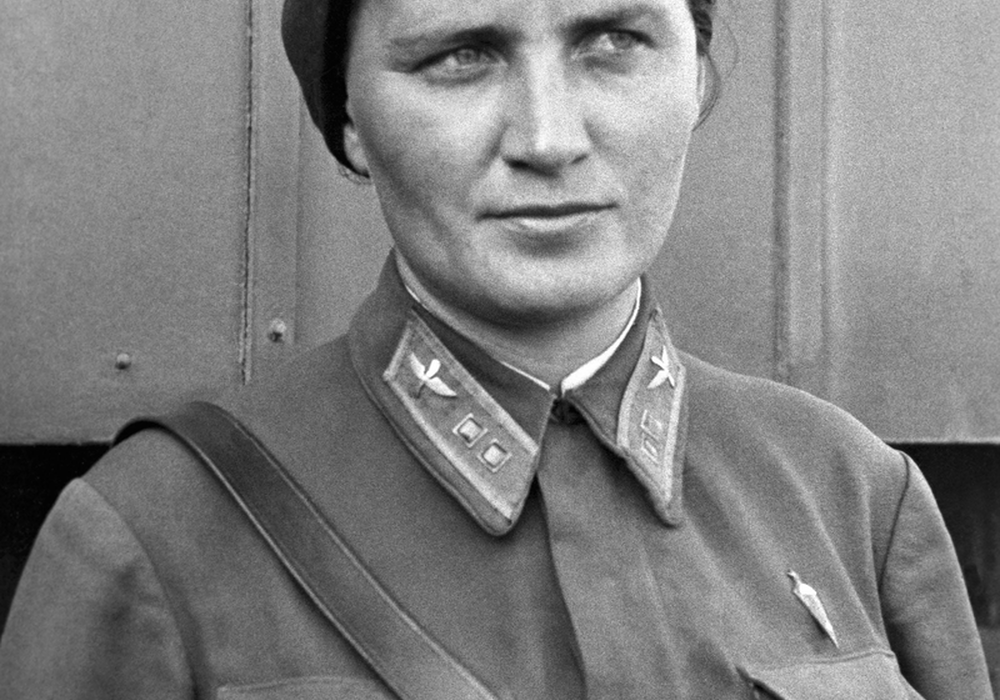