Over 1,000 young members and volunteers from Kent West Girlguiding county took over the Historic Dockyard, Chatham, joined by their county commissioner. They spent the day climbing over, under and around the ships, life boats and a submarine!

We managed to give everyone the chance to tour the submarine Ocelot, then onto the 60-year-old HMS Cavalier where the ships bell was rung by all 1,000 members! They explored the sailing ship HMS Gannett and then explored the ropery and interactive exhibition "Hearts of Oak". Some tried riding a cycle, which was the traditional mode of transport at the dockyard. The girls spotted a midwife from the series Call the midwife, which is filmed at the Dockyard. A special part of the day was "Hidden Heroines: the untold stories of the women of the Dockyard", where the girls learned about the valuable roles women played throughout the Dockyard’s history. 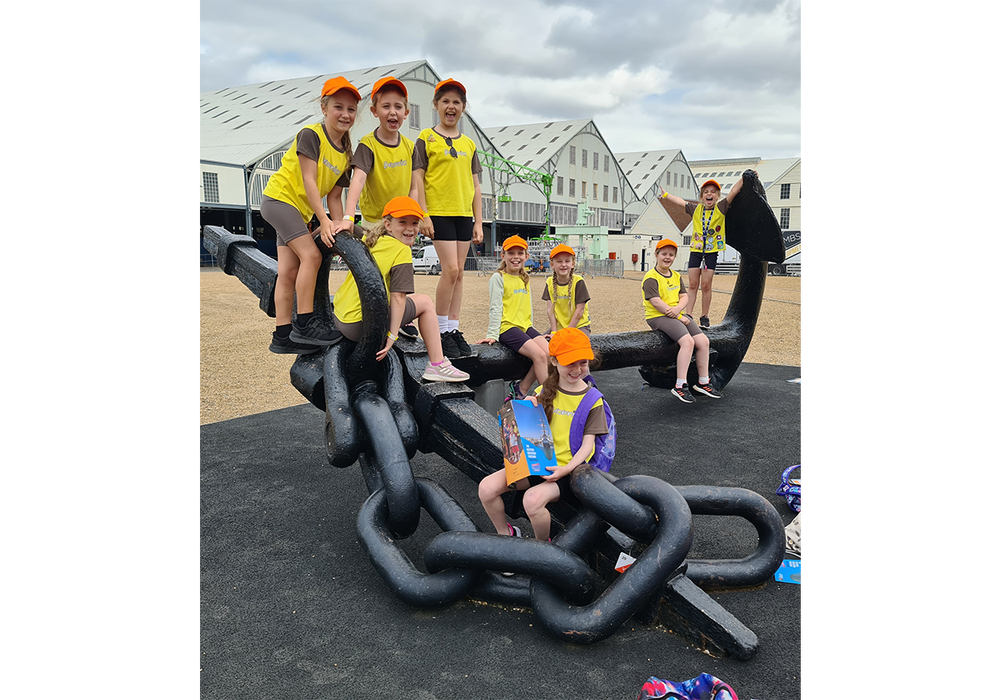 All the time, they were writing in their specially written booklets, finding the answers to questions to gain a lovely challenge badge at the end of the day. The weather was perfect for an ice cream, a packed lunch and a pit stop in the playground. One Rainbow was heard to say “this is my bestest day ever” and a guide told me “that’s it, I am going to join the Navy and be on a submarine”. Girls can do anything!

The highlight for me was going on the submarine. The girls weren’t too impressed when told 70 men lived on board for ten weeks at a time without showers. The girls also noticed the large supply of baked beans! The event wouldn’t have been possible without the event organisers - well done and thank you to all involved. It was wonderful to see large-scale events back in place for girls to understand the links across their County and for Girlguiding to be seen by the public, plus the event managed to recruit a leader!