This month, our Rainbow and Brownie units each introduced a new member to their pack... Rainbow Puppy and Brownie Bear! They join in with our weekly virtual meetings with each group, and also love to share their adventures and activities that they have done at home in their newsletters too. Their goal is to inspire Rainbows and Brownies and show that, even though we can’t meet up as normal at the minute, we can still have lots of fun at home and learn too! Every week, they each try out a new interest badge and reflect on the awesome work being done by the girls in our units. 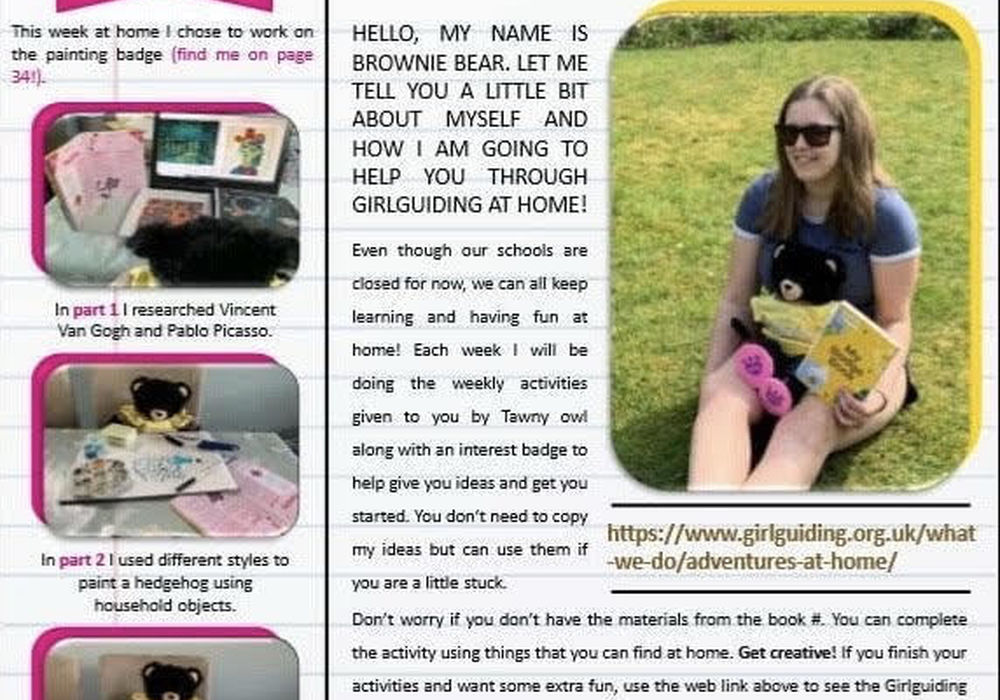 In these unprecedented times, it has been a real joy to see both our Rainbows and Brownies get behind virtual learning. We hold our meetings each week on Zoom, everyone gets involved and has a lot of fun with the challenges that are put up. My favourite so far has to be our exploration of the solar system with the Rainbows. Everyone created a rocket which we used to fly to each planet. When we got to Venus, we erupted some volcanoes, LIVE over Zoom! The girls loved it! The Brownies enjoyed making vortexes using part of a bottle and a balloon. They had a great time knocking over various objects with the power of air! Both Rainbow Puppy and Brownie Bear have taken great pleasure in sharing not only their work on interest badges, but the work of the Rainbows and Brownies as well!

We have seen some awesome ideas and beautiful pieces of artwork too - Rainbow Puppy’s favourite one was the ‘Animal Lover’ badge. Her favourite animal is the fox, so she made an origami vixen and built an indoor den for it to live in. Lockdown has made meeting up with someone and their pet a little tricky, but that didn’t stop her! After a Facetime with an owner and their dogs, she used what she had learnt to look after two origami dogs.

Brownie Bear found the ‘Aviation’ badge really fun! She stuck post-it notes on a door with 40 flying things so that all of her family could see. She then went on to create five different paper planes, and raced them in the garden to see which one flew the furthest – one made it to the roof! Her rocket was powered by releasing a balloon and she used a straw/string to help it fly straight upwards. Whilst it has been really tricky at times, our weekly meetings have easily become my favourite part of the week - Rainbow Puppy and Brownie Bear have been wonderful additions to our units!

Are you one of our many guiding heroes like Sophie, who have managed to #carryonguiding? Let us know on our Facebook and Instagram - we're so proud of you all! 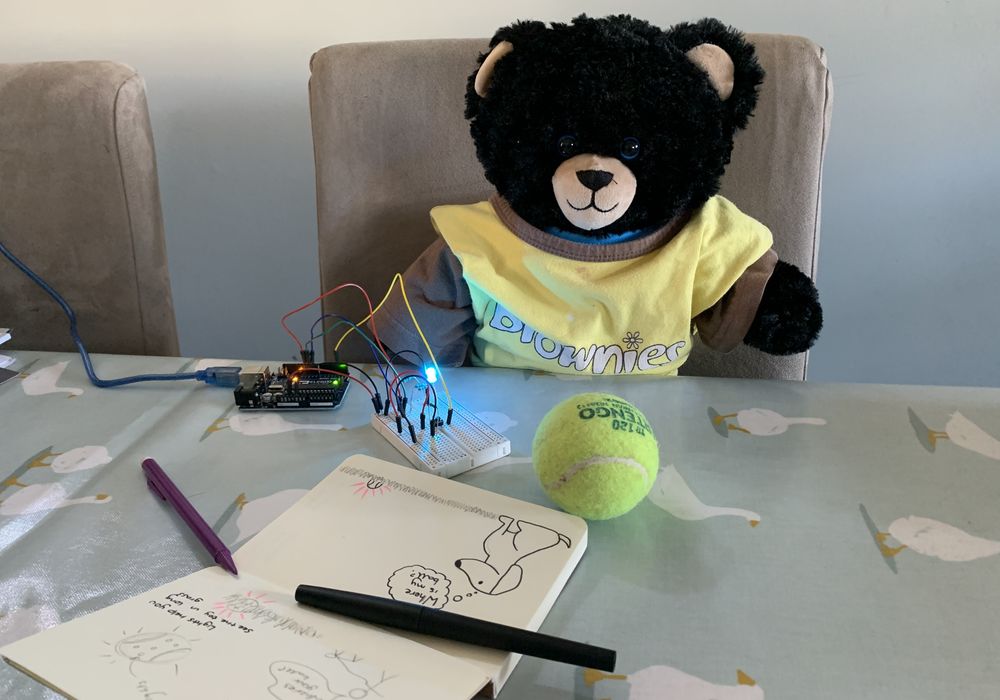