In October 2019, myself and 12 other leaders from around Girlguiding Sussex East county were lucky enough to go on a 10-day expedition to Peru where we trekked the Inca Trail and visited Machu Picchu. For the trip, we each had to raise around £4000. £2000 of this would be going back into Girlguiding to allow girls all around the country to have experiences they wouldn’t necessarily have without guiding.

Before going to Peru, we had only met each other once up at HQ on a training day, so it was very daunting turning up at the airport on the day we left. Once we’d all arrived and met our leader, Kev, we knew we would be okay as we all clicked and realised, we had so much in common as we were all leaders. Once we checked in the adventure began with an 11-hour flight to Colombia, followed by a 4-hour flight to Cusco, the city we would be staying in prior to our trek.

Once we arrived in Cusco, we met our in-city guide, Victor, who took us to the hotel and then gave us a tour of the city, where we visited the old square and got to explore the cobbled streets. Our second day in Cusco was spent on an acclimatisation trek that lasted 7 hours and took us to Inca sites around the city. We also stopped at a factory where they made clothing out of alpaca fur and the owners taught us about the different types of furs used in the process. This allowed us to see and understand some of the trades that the locals have. At each Inca Site we visited, Victor would give us some of the history, allowing us to have a better understanding of the city as well as what the Inca people were like and how they used to live. After our acclimatisation trek, we had some free time to explore the city and get any last-minute things we needed for the Inca Trail, such as snacks and ponchos! We had a team dinner to plan talk about what the next 4/5 days would have in store for us, and what to expect. 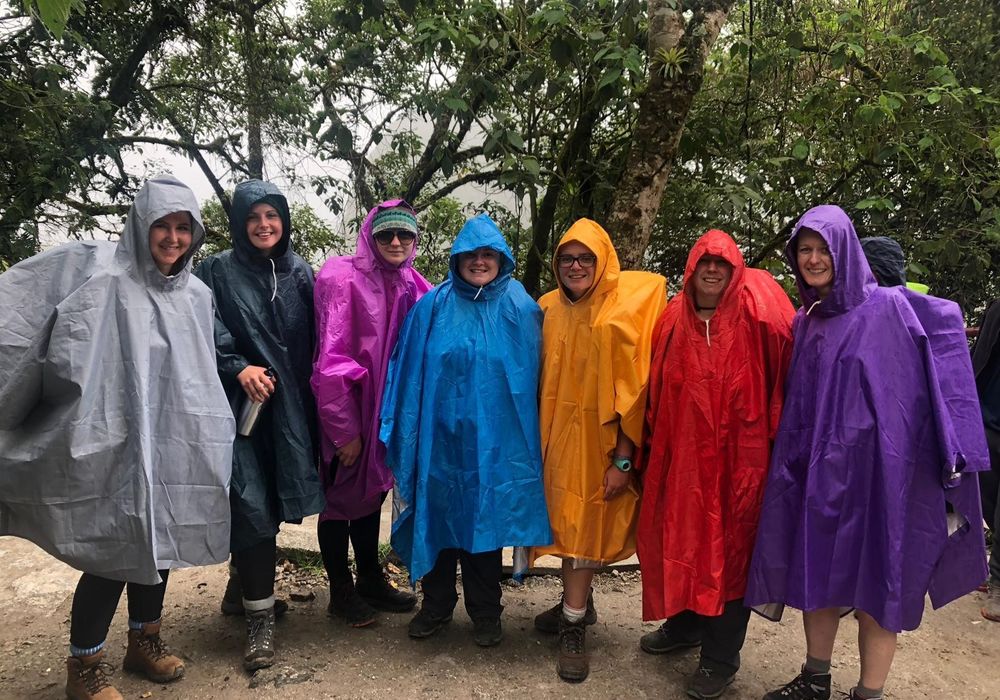 On the day we started the Inca Trail, we had to be up at around 5 to have breakfast and get on the coach to head to KM 82 which is the start of the Trail. The first day was relatively easy and short as we didn’t have long before dark.

"We saw our first Inca Site and I couldn’t quite believe our adventure was real, it still felt like a dream. "

While on the trek we had a group of porters who carried everything we needed such as tents and cooking equipment. The second and third days of the Trail were the hardest as we climbed to Dead Woman’s Pass which sits at 4215 meters above seas level and is by far the hardest pass on the Inca Trail. These were also our longest days of trekking with both being over 10 hours long. The third day was by far the longest with us arriving into camp in the dark, making it a very interesting end to the day.

The next day was our last day on the trek and a very exciting one as it meant we would be reaching Machu Picchu, the day we’d all been waiting for. This was our earliest start of the trek, with the day starting at 3am! This was so we could be at the entrance to the national park when it opened so we could finish the trek to the famous Inca Site and spend as much time there as possible. After trekking for around 4 hours we reached the Sun Gate, which is the main entrance to Machu Picchu from the Inca Trail. This is the site where you can first see Machu Picchu for the first time, but when we arrived the area was in thick cloud. Halfway from Sun Gate to Machu Picchu, the cloud broke and we saw Machu Picchu for the first time.

"I have never experienced anything like it in my life, the feeling you get when you see the site for the first time is just amazing, words cannot describe it." 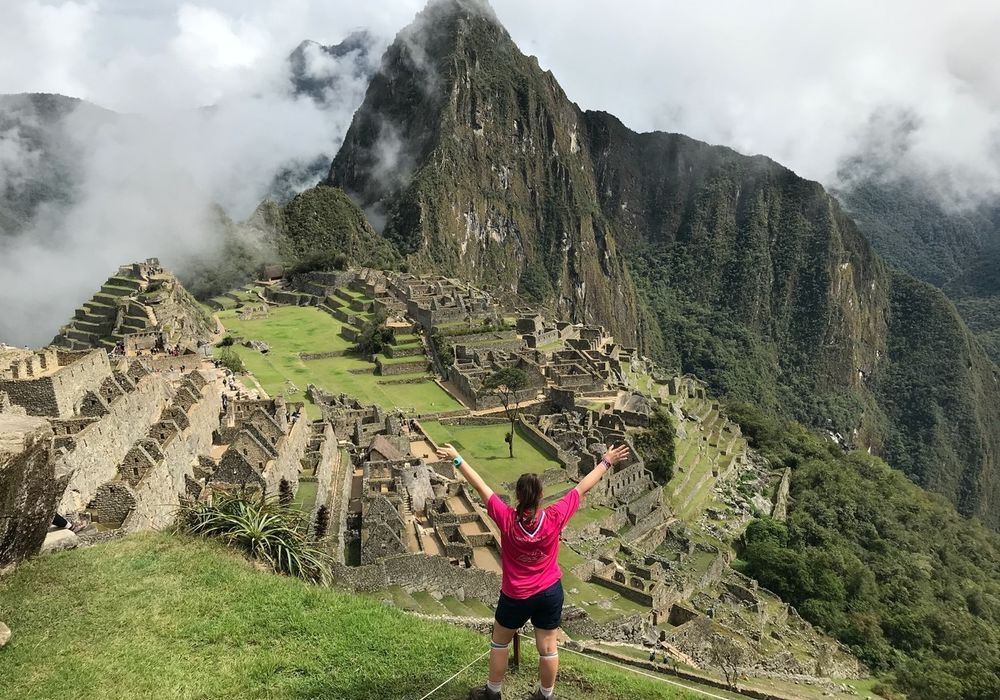 We had done it, we had trekked for four long, hard days. Over passes, through jungle, in the dark and experienced all kinds of weather. We got to spend the morning exploring the ancient Inca Site, with Victor giving us the history of the site. Once we’d explored the site and taken lots of photos we had to make our way to the exit, where we waited for a shuttle bus to drive us down into the town of Machu Picchu where we would be having a celebratory lunch, before getting on the Machu Picchu Rail train that took us back to the small town of Ollantaytambo. Once back in Cusco, we had a celebration dinner to reflect on the trip and how amazing it had been and how we had done such an incredible thing for such an amazing charity. 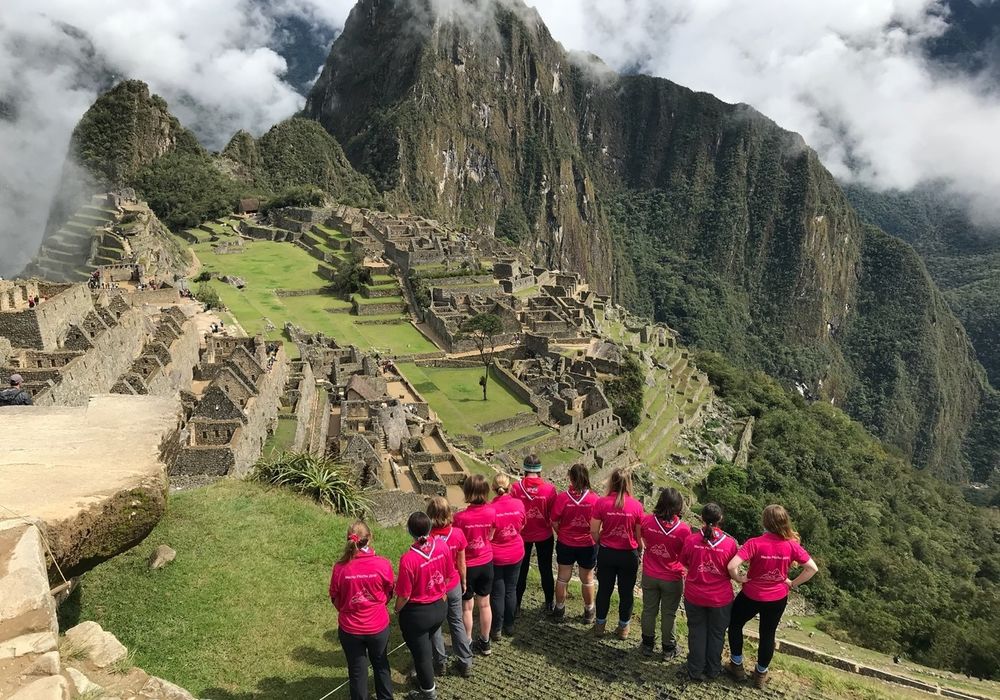 The next day we had a free day in the city where we could explore and buy any souvenirs we wanted to take back to England with us. We also visited a chocolate factory in the city to taste all of the Peruvian chocolate and taste the chocolate flavoured Pisco, which is a traditional drink in the country. We also explored one of the largest markets in the city and got to experience traditional food and traditional trades. This was our last day in the county, so we made the most of it, before half of us flew back to the UK and the other half went to explore the jungle for a couple of days. It’s safe to say that this is an experience that will stay with me forever, and I have made lifelong friends that I never would have imagined having before going on the expedition. 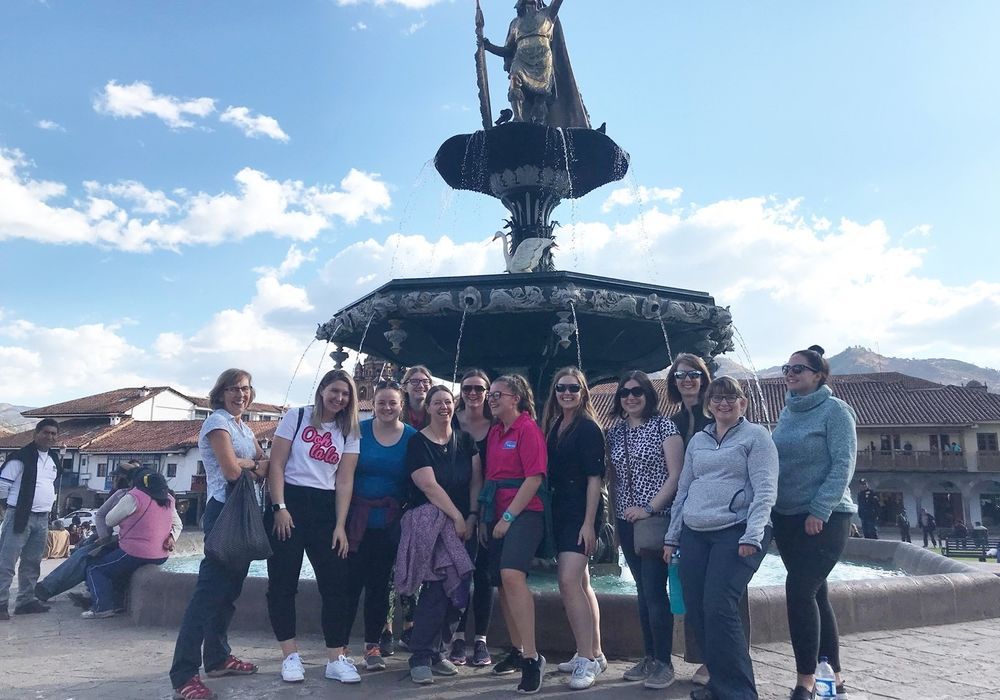 In total, we raised over £46,000 as a group of 12, which will go back into Girlguiding to allow girls all around the UK have experiences and develop skills that will help them in the future. It still doesn’t seem real that we completed such an amazing expedition and even to this day it doesn’t feel possible that we completed such an amazing challenge!