Do you ever wonder what life was like for women in the 1960s or 70s? While more people are learning about the suffrage movement, they might not realise that women were still repressed for a long time after the suffrage movement. I feel this needs to change. Due to my passion for women’s history, I feel that we need to thoroughly celebrate the history of women with a good old-fashioned blog…

My recent blog on votes for women highlighted the specific fight of the Suffragettes for women to gain the right to vote in the early 20th century. This blog will illustrate the change over time in attitudes towards women and how life has changed so significantly for women since then.

As a continuation from my recent Votes for Women blog (I recommend a read), I wish to teach people the truth about female repression beyond suffrage. But before I continue on about the multiple waves of feminism, it is important to establish a definition of feminism. Though there are different interpretations, the Oxford Dictionary definition of a feminist is:

“a person who supports the belief that women should have the same rights and opportunities as men”.

This does not mean feminists are man-haters, it means we want basic human rights equal to men. Feminism in the 20th and 21st century has been categorised into different 'waves', with different elements defining each one. Here, I will explain each wave of feminism and what it is known for.

The heroic fight of the Suffragettes is known as the first wave of feminism. This is when women realised that actually they do have a voice, and can fight back as individual human beings.

The second wave of feminism occurred during the 1960's and 70's as a result of the Second World War. Whilst the first wave of feminism focused on the political liberation of women, the second wave focused on the economic and social aspects of liberation. This is where we see the split between types of feminists -Equal Feminists and Radical Feminists. The former fought for social justice and the latter focused on the deconstruction of gender roles in society. Second wave feminists saw their own successes, with the introduction of reproductive liberation leading to the contraceptive pill being made available for women in 1961. They also saw the introduction of the Married Women's Property Act revision in 1964 which gave women a little bit more financial freedom. One other law they fought for was the Abortion Act in 1967. This legalised abortion for women up until 24 weeks. For the first time, women were gaining more choices when it came to their bodies.

One of my favourite moments of second wave feminism is the fabulous story of the Ford machinists strike in Dagenham. A whole 850 female machinists went on strike as they disputed the unequal pay that they faced. They argued that the company called their work unskilled, even though they did the exact same work as their male counterparts. Their strike led to the change in law and the introduction of the Equal Pay Act in 1970, which came into effect in 1975. This movement meant that thousands of women could earn the money that they deserved for their skilled work.

The third wave feminist movement began in the early 1990s and focused on reclaiming what it means to be a woman. They looked to redefine ideas about womanhood, gender, femininity, sexuality and masculinity. There was a shift in gender roles - they recognised the stereotypical masculine and feminine traits and tried to challenge them. This means the third wave feminist movement aimed to help people become more aware of how one’s own gender identity has been shaped by a society structured on rigid stereotypes.

Lastly, fourth wave feminism is a sort of continuation of third wave feminism but in a more modern, developed sense. The movement came to light in 2008 and is digitally centred. They focus their ideas on body positivity. They are very accepting of the LGBTQ+ community and are transgender inclusive. However, misandrists are not welcome in the fourth wave feminist movement. A misandrist is a person who dislikes, despises, or is strongly prejudiced against men. This is because one of the most basic principles of feminism is that they fight for equal rights for everyone, and this is not achieved through hate and prejudice but through acceptance and love.

This blog has only touched the surface of discussing the extraordinary history of women’s liberation! However, upon researching this blog I came across this quote by American feminist writer Kate Millet, who said:

“It's more about changing the recipe of the cake than getting an equal slice.”

In other words, feminism is about completely changing and reforming the attitudes of society. Society today has experienced so much change in the rights for human beings that generations to come need to be educated on the whole history of women’s rights. This education is vital, so that younger generations can use our history to make a brighter future for all of humanity. 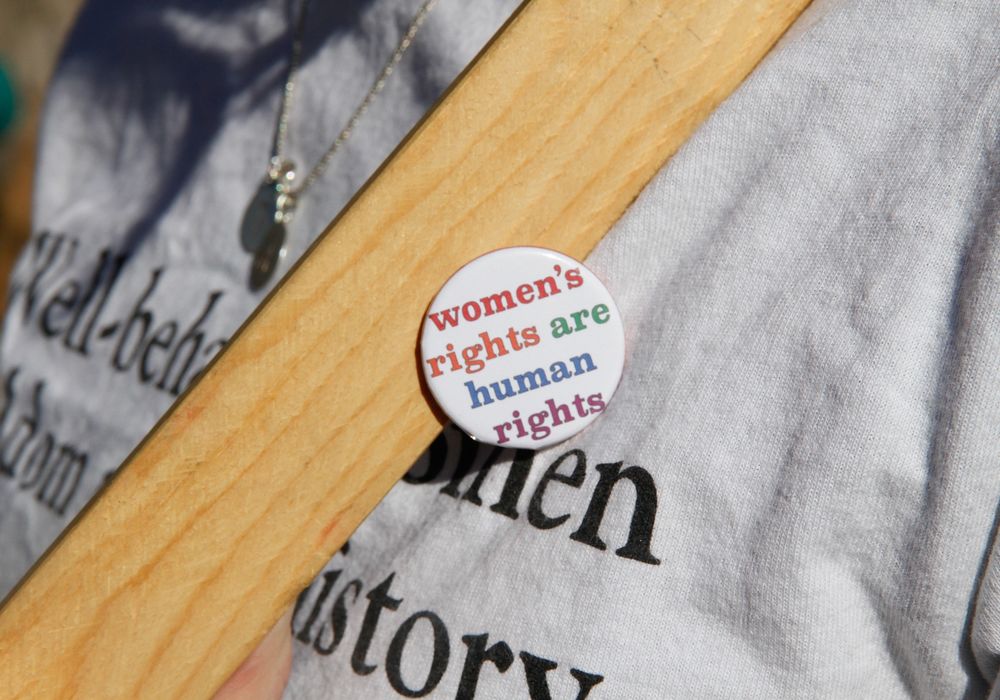